Home Culture The precious of Partenope, on display at the Museum of the Treasure... 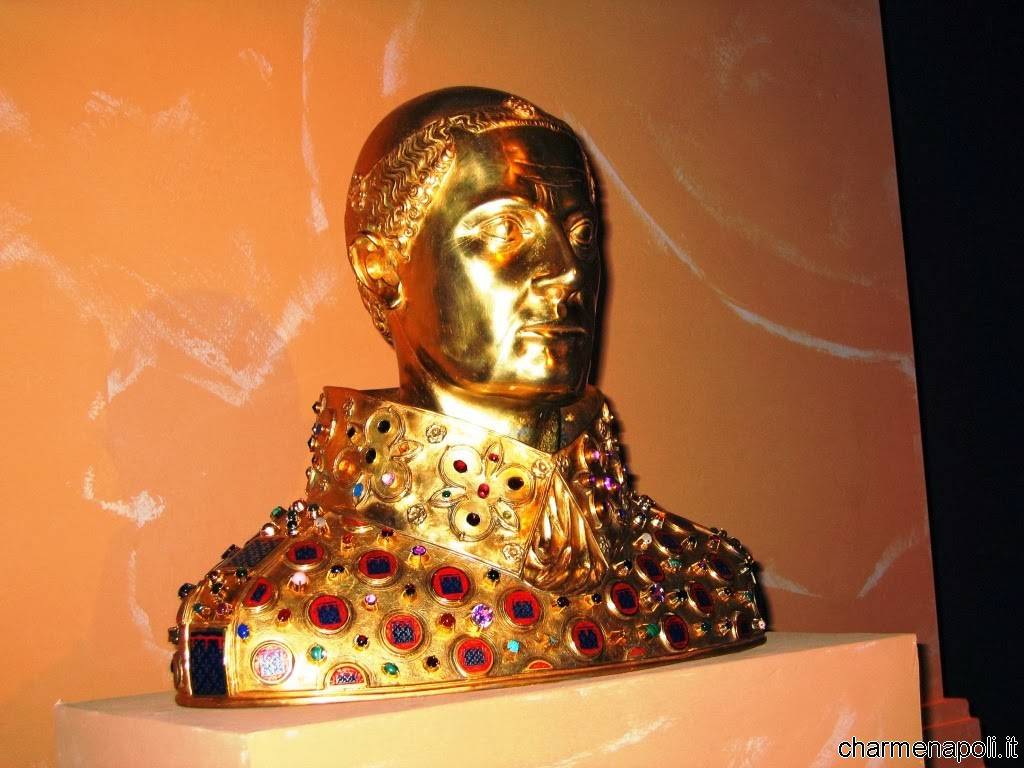 The treasures of Naples are put on display.
It ‘currently underway, and will continue until December 31, 2014 at the Museum of the Treasure of San Gennaro in via Duomo, the precious exhibition “Ori, silver, gems and enamels of the Angevin Naples”.
The exhibition, curated by Pierluigi Leone de Castris and organized in collaboration with the Department of Culture and Tourism of the Municipality of Naples, is part of the Forum of Culture and traces the golden years of the city of Naples, under the dynasty Angevins.
It was a heyday for the city of the gulf, the one that goes from 1266 to 1381, the years when the city became for the first time, with the French family, a capital among the largest and most populous of Europe and the well-being poured on several fronts, thanks to the economic trade between the Mediterranean and European regions and urban planning, which was followed by construction of numerous sacred buildings such as the church of San Lorenzo, the Duomo, Santa Clara, St. Dominic and St. Maria la Nova.
[charme-gallery]
But still, a strong impetus was given to the world of art with creative input of new artists arrived in the city, including impossible not to mention painters such as Giotto, Lello Orvieto, Simone Martini, or talented sculptors and considerable literary such as Petrarca and Boccaccio, and legend has it that the latter fell in love with the beloved Fiammetta, just between the streets of the city on the Gulf, and that she was none other than Maria d’Aquino, illegitimate daughter of King Robert.
So in this enthralling whirlwind of love, poetry and art that invaded the city of Partenope under the regency side of the Alps, not marvel at the many examples of valuable exhibition, thirty specimens.
In fact, we recall that the premises of the Museum of the Treasury will be able to see over the relics of the torso and of the blood of San Gennaro, the cross lily donated by Charles II to the Basilica of San Nicola di Bari the precious miter with pearls and enamel of Scale and Amalfi; by pastoral Atri and Sorrento in the capsule-shaped gold leaf vine today at the Museum of Cividale, built as a “Favor” for the wedding dell’angioino Philip of Taranto with Tamara of Epirus.
But it does not end here because at the time of the visit, you can also admire the magnificent Tuscan jewelery commissioned in 1317 for the canonization of St. Louis, such as the cross stational of Santa Vittoria in Matenano, the litter box profane with coats of arms and decorations angioini nature of Todi; and finally the relics of St. Stephen and St. Louis today to Capri and the Louvre, for their Tuscan goldsmiths realized by Pietro di Simone and Lando Di Pietro.
But the real surprise is the price of the exhibition only 3 euro, which say welcome to the court!